The main reason behind the poor prediction skills of present rainfall forecasts in Africa is the lack of knowledge of precipitable water vapour (PWV) in the atmosphere. If one does not know how much water can precipitate, predictions become very difficult. Traditionally, vapour profiles are obtained through weather balloons but the number of balloon launches in Africa is, due to the high costs, extremely few. An important TWIGA innovation is that PWV is mapped by combining GNSS signals and radar satellite images.

GNSS is the collection of all navigation satellite systems (GPS, Galileo, GLONASS, Beidou). Deployment and testing of this equipment is expected to reduce rainfall predictions uncertainty greatly.

Uganda was chosen as the test site for this activity. This technology, for which partners TUD and GReD received the regional and academic 2015 European Satellite Navigation Competition, is presently at TRL 6 and will be brought to TRL 9.

Six GNSS stations were received in Uganda for testing this concept

They were deployed in six locations as follows; 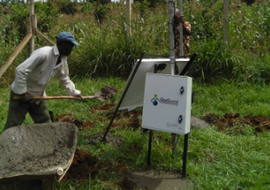 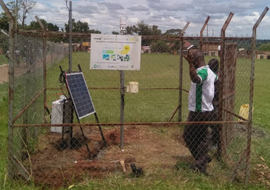 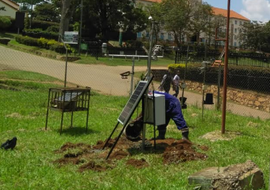 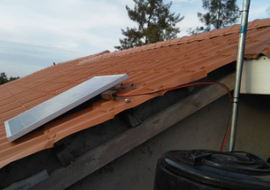 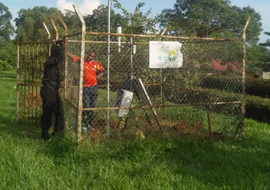 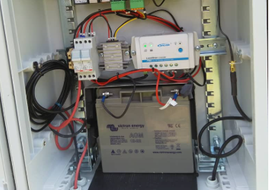 Currently (since 1st March 2020) all stations using MTN as the service provider are offline but recording data. The station APN settings need to be manually fixed as it is with the Entebbe Airport station that is currently online. Due to the country wide travel restrictions and other government-imposed restrictions aimed at reducing and controlling the spread of COVID 19 since 1st April, visiting the affected sites was not possible. The installation team will visit the sites after 4th June.