Towards the end of 2019, a good number of students at TU Delft were eager to travel to Africa for TWIGA field work in what we call Q4 (4th quarter, April-June). Unfortunately, as we all know, COVID-19 intervened and made travel all but impossible until now. We had to come up with alternatives to pursue the work in the Netherlands. What was a pleasant surprise was that basically all students continued with their projects once the link with the African context was explained. Here, I will briefly highlight the work by three students, who did their final Bachelor thesis with Marie-Claire ten Veldhuis and me in support of WP3.

The first two studies concern the construction of a Digital Elevation Model (DEM), basically a topographic height map. Reliable DEMs are essential for flood modeling and associated early warning systems. The idea was that we would bring two TWIGA technologies together to create a cost-effective way to create such maps. These were aerial photography based on UAVs and precise point positioning with recently developed consumer grade GPS receivers.

The studies were “Retrieval of an Elevation Map using UAV Imagery and Ground Control Points collected with a Low-Cost Positioning Device”, by Ruben Smits, and “Accuracy of low-cost positioning device - In the horizontal and vertical and for several trajectories”, by Ivo van Balen. The original idea was that they would map floodplains around Kumasi, Ghana. Instead, they ended up on a small island, Breemwaard, along the Waal, the main branch of the Rhine in the Netherlands. 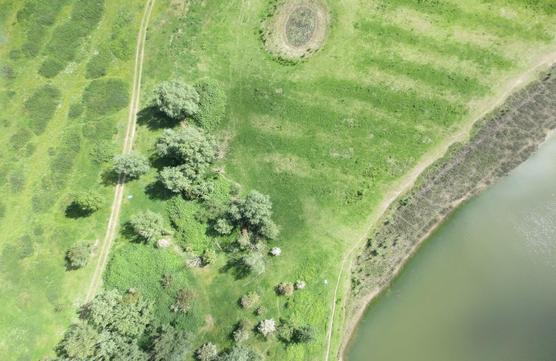 Aerial photo of the Breemwaard, Netherlands, used in the study to build a DEM (height map)

With support from Andreas Krietemeyer and Hans van der Marel ( both GPS) and TWIGA partner Jan van Til of FutureWater (HiView, DEM), some very impressive high accuracy maps were produced. KNUST spin-off Maptech has shown interest to bring this technology to market and we will send the necessary GPS equipment in the coming weeks. This equipment deserves its own blog entry some other day.

The third study was “Quantifying flood damage. A case-study in Kumasi, Ghana”, by Guus Wiersma. The original idea was to go to Kumasi to map roads, houses and other object affected by floods and develop a flood damage map. Guus now had to do this at a distance but he was still able to get very far thanks to discussions with Frank Annor (TAHMO) and Isaac Duodu (KNUST), as well as online resources. In addition, he could build on recent work on flood modeling in Kumasi by Jacintha Tjia (TU Delft, https://bit.ly/JacinthaKumasi). The report is very complete as it provides estimates for damage to different building types, traffic, but also human health and pays special attention to the extra impact that clogging through plastic has. The study ended up being an important link in the long chain to build flood early warning in cost-effective and sustainable ways for all towns in Africa. 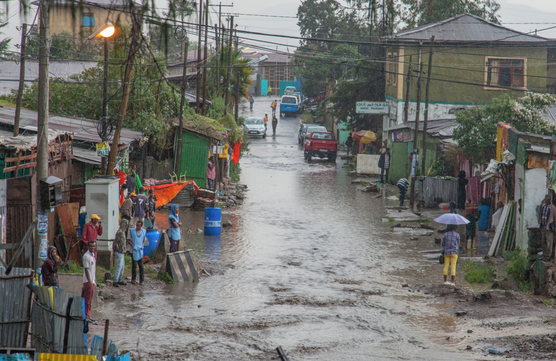 All reports are available upon request. Let me finish with the strong hope and wish that soon we will be able to travel again. Zoom, GoogleMeet, Teams, Skype, Webex, WhatsApp, etc., have proven to be essential to keep the project going but they cannot replace the in-person meetings which have made TWIGA so agreeable.