From the stakeholders’ workshop, the TWIGA team was involved in improving their capacity to implement the project. On this, the second and third day of the workshop was focused on training of the TWIGA team on Business Model Canvas (BMC) development. The business model was based on the outcome of the stakeholder’s workshop on the previous day. The Business Model Canvas training led to the TWIGA project teams developing draft business models for the identified areas which included:  Farmers (agriculture), floods and tourism sectors. These focused on the important components needed to improve weather services. 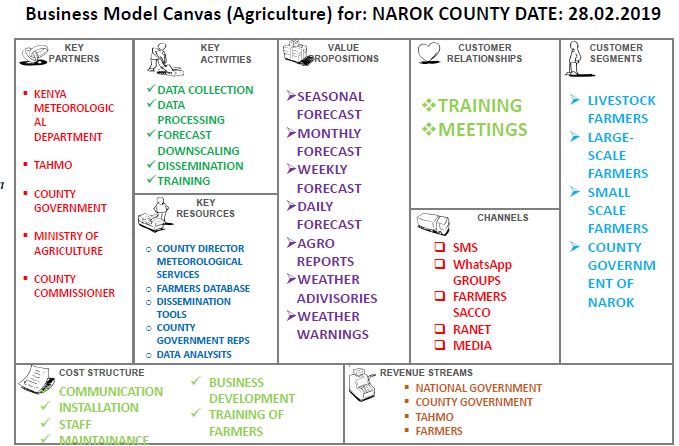 One of the important components of the business model was to develop the network for the weather sensors over the Narok County. This involved identifying the existing network and using it as a basis to identify and map suitable sites for the new installations. A total of 120 disdro-evaporometer sensors are expected to be installed under the new network in addition to the KMD observation network.

Finally, the TWIGA team visited the Maasai Mara Game Reserve in order to meet and engage them on how the project can also benefit the Game Reserve in terms of early warning and response system to extreme weather. The game reserve hosts many wildlife species including lions, the wildebeest, antelopes (topi, impala, etc), hyenas, giraffes, buffalos, hippopotamus, and others.

Often the Mara River bursts its banks leading to flooding of much of the land and affecting both the tourists and the wildlife. At the time of the visit, the Mara river had low water levels and much of the water was already polluted.

The team had developed a brief concept on what the project hoped to do in collaboration with the Mara Game Reserve in order to explore how the new network can be used to develop products and services that can inform decisions on flood early warnings and drought advisories, which are two major weather risks affecting the Game Reserve.

The TWIGA team had fruitful engagements with the Chief Warden of the Game Reserve Mr. Moses Kuyioni and his team at the Keekorok Lodge within the reserve. The discussions sought how KMD can collaborate with the Game Reserve through the installation of observation network to monitor rainfall, and flooding within the Park. The team promised to follow up on this initiative alongside the other components of the projects. 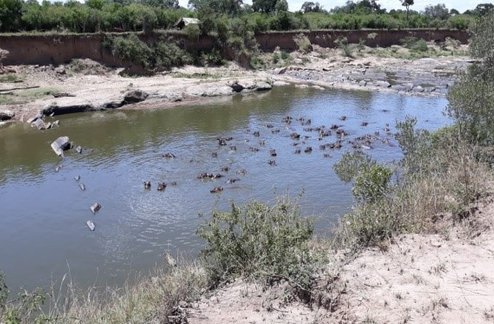 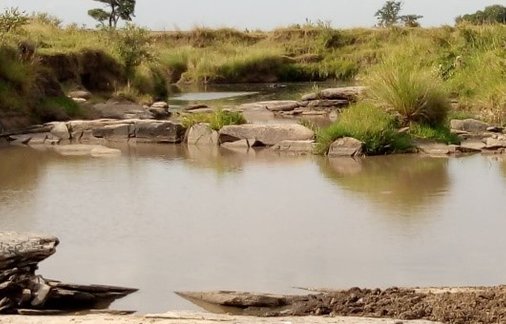 Moving forward, the TWIGA team developed the current downscaled forecast for Narok County in order to start off the baseline Business Model for the users in the County. The weather data from the new network will be gauged against this baseline product among others.

It was time to leave Narok County after a fruitful engagement with the stakeholders and a hangout with the Mara friends and wildlife.