Few places on Earth are served worse with geo-information than Africa. At the same time, the potential value of geo-information services in Africa is extremely large. TWIGA’s overarching ambition is to fill this information gap by first enhancing satellite-based geodata with innovative in situ sensors and development of actionable information services based on this geodata. This ambitious goal can be achieved thanks to recent advances in sensor and communication technology, as well as new sensing platforms such as UAVs and citizens’ observatories. A defining characteristic of TWIGA’s ambition is that the project develops complete value chains and not just links in that chain. The scientific activities will lead to new products, such as maps of precipitable water vapor, energy fluxes, and crop development. Combinations of in situ observations, satellite products, and models will be well beyond the state-of-the-art, not just in Africa but for any continent. These scientific products will have calibration chains associated with them and the necessary error structures are defined and quantified. These science grade products will be delivered to GEOSS and, where appropriate, Copernicus. These new geo-products, combined with existing data from GEOSS and Copernicus,will feed the development of information feeds that end-users can act upon. The HydroNET platform allows for rapid prototyping of such geo-information services. Dissemination takes place through different channels, from phone messages spoken in local languages to web portals. The consortium has been built to serve this complete chain with a mix of African and European partners, SMEs, academia, and governmental meteorological agencies. 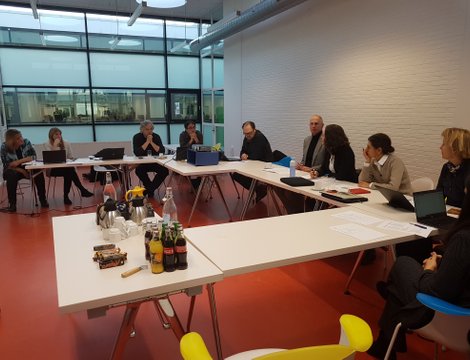 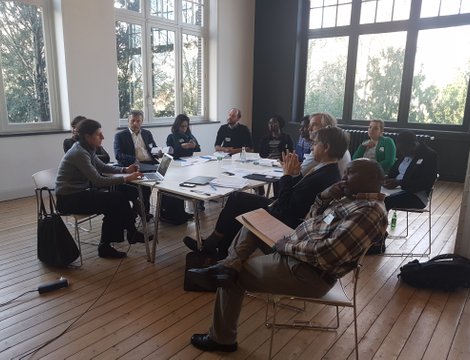 In terms of innovations, we distinguish between new in-situ sensors and sensing platforms, new geodata products that directly feed identified GEOSS needs, and marketable geo-information services. Of the many new sensor ideas that live within the TWIGA consortium, two are highlighted here. First is the very early stage (TRL 1) idea to use scintillating plastics and EUR 50 silicon photomultipliers to detect fast neutrons that are proportional to large-scale soil moisture. Such a sensor would allow for calibration of satellite-based soil moisture products at 800 sites across the continent. Second, there is the combination of GNSS receivers and Sentinel-1 phase information to measure and map atmospheric precipitable water vapor. Although other technologies exist to map water vapor, these products tend to be too coarse in time and space to be useful for prediction of the convective storms that are the source of most rain over Africa. This technology will be brought to market through improved rainfall predictions by the national meteorological agencies within the lifespan of TWIGA.

An important feature of TWIGA is that we start from day one with a functioning physical and ICT infrastructure that allows for quick integration and testing of any concept at any level of technological readiness. This infrastructure allows for rapid movement towards different markets. Five market segments will be targeted: Agriculture, insurance, renewable energy, drinking water, and disaster management. End users within these markets are not served by science grade maps or time series but by actionable geo-information. When do I sow my maize? When do I apply fertilizer? Can I safely dry my coffee crop when I start harvesting now? Where did crops fail due to drought or hail? Should I release water from the hydropower reservoir to avoid spillage? Is the solar power plant functioning well or does it need maintenance? Should we prepare additional measures to avoid water wastage under drought? Where did floods occur and do we need to relieve people? These and many more questions will be possible to answer in a timely and locally relevant manner with TWIGA’s products. Africa will be more resilient in the face of climate change and variability and meaningful jobs will be created in Africa and Europe.